Rehearsals for Sweeney Todd are underway, and the following folks are excited to bring you this bloody good tale.

Medina Demeter (director) received her bachelor’s in theatre arts with licensure from Hiram College in Hiram, Ohio. As a part of her thesis project she was the co-founder and artistic director for the Hiram Actors Repertory Theatre, which focused on bringing classic literature to life for elementary and middle school audiences. After graduating from Hiram, Medina made her way to North Carolina where she began her teaching career at Orrum Middle School in Robeson County. During her time at Orrum she was involved in the all county arts program as a director for Once on this Island and as an actress in Romeo and Juliet. After three years with Orrum, Medina began her time as the Educational Director at Cape Fear Regional Theatre where she directed the summer camp, including their production of Alice in Wonderland Jr. Soon after this production, opportunity struck and Medina began teaching theatre arts full time at Hoke County High School in Raeford where she continues to teach today as the head of the fine arts department. As the sole theatre arts teacher in Hoke County, Medina directs two mainstage shows every year, plus a dinner theatre in December and a festival of one acts. She advises the Drama Club and their improv team, Room for Improv-ment, which tours to local places and festivals. In 2012 she was honored to be named Teacher of the Year for Hoke County High School. She is the troupe director for Thespian Troupe 4599, and serves as Co-Chapter Director for the North Carolina Educational Theatre Association. From 2012-2015 Medina served as the secretary for the North Carolina Theatre Arts Educators and currently serves as the head of their membership committee. In 2014 Medina began working with Sweet Tea Shakespeare as an actress in Julius Caesar. She now serves as Master of the House and manages front of house affairs for all of their productions. Thus far in her theatrical career, Medina has directed over 50 productions, including Rosencrantz and Guildenstern are Dead, The Wiz, Arsenic and Old Lace, Macbeth, To Kill a Mockingbird, Little Shop of Horrors, Alice in Wonderland, The Crucible, and You’re a Good Man Charlie Brown. Medina lives in Raeford with her husband Jake, and their three-legged cat Chance.

This is the the third STS show for Heather Eddy (musical director, Johanna), and her first as the musical director. Heather has a BA in Music from Winthrop University. She recently appeared as Baker’s Wife in Into the Woods and is excited to be tackling her second Sondheim this year. When she’s not onstage Heather takes care of her two sons and teaches voice lessons at Fayetteville School of Music 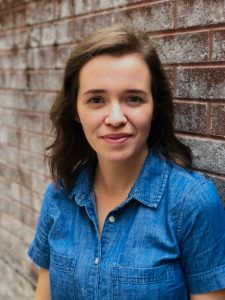 Aaron Alderman (Judge) is happy to be back in Fayetteville as this show’s #1 creeper.  We promise he’s really a nice fellow. This marks his sixth Sweet Tea production and (despite all the music-ing he does) first actual musical in two years.  A Durham native, he loves spreading the arts in Fayetteville as a performer for Sweet Tea as well as a member of the Cool Springs Downtown District Buskers Program.  He likes walks in the mountains, pie, a shave and a haircut, board games and a nice wool pea coat. 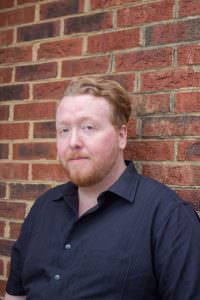 Katherine Anderson (pianist/ensemble) is happy to be working with Sweet Tea Shakespeare for the first time and is enjoying the rare opportunity to both sing and play the show! She has performed as an actor, singer, and musician throughout the country. She lives in Raleigh and music directs, performs, and teaches all over the area. Recent music direction includes: Theatre in the Park- A Charlie Brown Christmas; Raleigh Little Theatre- Avenue Q; Gilbert Theater- Evil Dead, Godspell, and Secret Garden (also played Lily); Temple Theatre- A Christmas Carol, Ghost, and Beauty and the Beast (also played the Wardrobe). Favorite past roles include Marian in The Music Man, Franca in The Light in the Piazza, and Cunegonde in Candide. She has a BM in voice performance and musical theatre with a minor in piano from Meredith College. 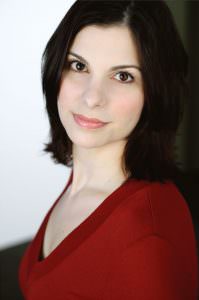 Joyce Borum sings and performs just for fun, with the hope of sharing a little joy with others. She has appeared in numerous productions, most recently with Sweet Tea Shakespeare as King Alonso in The Tempest and Bawd in Pericles. Some of her favorite productions include: Cats the Musical, Steel Magnolias, The Dixie Swim Club, Southern Discomfort, Our Town, Into the Woods, and Oliver. Professionally, Joyce is an accountant with the US Army, but takes advantage of every opportunity to escape to the stage. 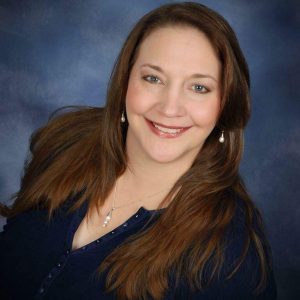 Jennifer Czechowski (Beggar Woman, Pirelli)  indulges her love of words and stories not only on stage but in her career as a high school English teacher. She has appeared in STS’s OthelLIT, Songs for a New World, Cymbeline, As You Like LIT, Romeo and JuliLIT, The Merchant of Venice, HamLIT, and The Tempest. Other favorite roles include Martha in The Secret Garden and Elizabeth in Young Frankenstein at the Gilbert Theater.

Jeremy Fiebig (Sweeney Todd) is an award-winning director and actor and serves as Associate Professor of Theatre at Fayetteville State University and Founder and Artistic Director/Master of Play at Sweet Tea Shakespeare. He’s previously appeared in Sweet Tea’s The Comedy of Errors, As You Like LIT, Antony & Cleopatra, King Lear (with Honest Pint Theatre Company), The Cherry Orchard, and others. He’s appeared regionally in CFRT’s Henry V, Spamalot, Sweeney Todd, The Three Musketeers,  and Man of La Mancha, Gilbert’s Titus Andronicus, and Macbeth, and Raleigh productions of Julius Caesar and A Midsummer Night’s Dream. He hold the MFA/M.Litt from Mary Baldwin University/American Shakespeare Center, where he served on artistic staff in 2006, a season featured in The Wall Street Journal. He’s a published Shakespeare scholar and cultural reviewer. He holds the BA in Theatre and Cultural Performance Studies from William Jewell College.

This is his third production of Sweeney Todd, having first play Antony Hope in 2000 at Horsefeathers & Applesauce Theatre in Winfield, Kansas, and Beadle Bamford in CFRT’s production several years ago. He first fell in love with Sweeney after being introduced to the only person who’s a bigger Sondheim fan than he is in high school, the late, great Mary Hook, a whiz of a choral director and stage director, to whom this performance is gratefully dedicated.

Jeremy is husband to Nan and dad to Elliott and Owen, who, along with their oddly shaped dog, Sandy, make a pretty great crew. 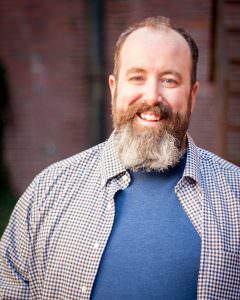 Tyler Graeper (Anthony) is beyond ecstatic to be back at Sweet Tea Shakespeare performing in one of his favorite musicals by his absolute favorite composer. Tyler has made it his mission in life to perform in every single Sondheim show ever written, and he’s forever grateful for the opportunity to cross this one off his bucket list, only a dozen more to go! He was last seen in STS’s production of Cymbeline as Posthumous and Othello as Cassio. Next up for Tyler is Big River at Temple Theatre in Sanford followed soon after by Stage Kiss at Sonorous Road Theatre in Raleigh. 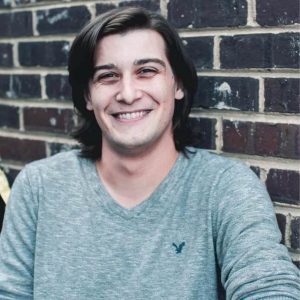 Marie Lowe (Mrs. Lovett)  Marie serves as an Associate Artistic Director and runs the LIT Series for Sweet Tea Shakespeare. While she has favorite roles, including Sister Mary Amnesia in Nunsense!, Paulina in The Winter’s Tale, and Woman #2 in Songs For a New World, Mrs. Lovett has been number one on her bucket list since she first heard the score as a child. Thanks to Jeremy, the cast and crew, and Leslie at Fay Pie Co for making this happen, and to Jason and the girls for generally making me “so happy, I could eat you up, I really could.” 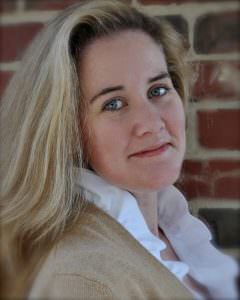 Always ready with and for an exciting story, Tohry Petty (ensemble) is the Master of Gift and Director of Creative Engagement for Sweet Tea Shakespeare and a proud graduate of James Madison University and Central Michigan University. Blessed with a ninja dog and an amazing collection of family and friends, she proudly calls VA, DC and NC home. A few past favorite roles include the Duchess of Plaza-Toro (The Gondoliers), The Lady Saphir (Patience), Karen Weston (August: Osage County), Ariel (The Tempest), Rosalind (As You Like It, STS’s As You Like LIT), Beelzebub (Paradise Lost). 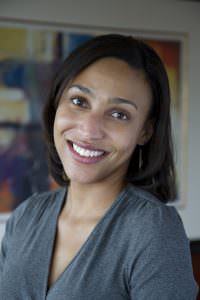 Allison Podlogar (Toby) is delighted to make her Sweet Tea Shakespeare debut. A sophomore at Southern Lee High School, Allison includes Helen Keller (THE MIRACLE WORKER, Judson Theatre Company), Ghost of Christmas Past (A CHRISTMAS CAROL, Temple Theatre), Scout (TO KILL A MOCKINGBIRD, Judson Theatre Company), Amaryllis (THE MUSIC MAN, N.C. Symphony, Temple Theatre), Tobias (SWEENEY TODD, Temple Theatre), and Colin (THE SECRET GARDEN, Gilbert Theater) among her past credits. In April, Allison will appear with the Camp Broadway Kids Ensemble at the New York Pops Birthday Gala at Carnegie Hall for the third time. She is a member of the Temple Teen Ensemble, and enjoys singing, playing piano, violin, and ukulele. Allison wishes to thank the Sweet Tea Shakespeare cast and crew, as well as her friends and family for their tremendous support. 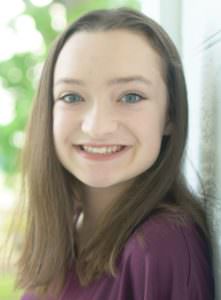 Jackie Rednour-Hallman (ensemble) is happy to be joining STS again for Sweeney Todd after appearing in Pericles. A veteran of the US Army, he has appeared as Eddie in Streamers and as a dancer in Ain’t Misbehavin’ and The Nutcracker. In addition, he has worked behind the scenes on productions of The Butler Did It and The Adventures of Tom Sawyer. Offstage, he is active in Fayetteville Pride. Jackie thanks his wonderful husband for all of his support.

Gabe Terry (Fogg, ensemble) is excited to be part of Sweeney Todd!  He has performed this show with the University of North Carolina at Pembroke in the past. His credits include Cassio in OthelLIT, Ceres in The Tempest, Richard Mason in Jane Eyre, Mardian in Antony and Cleopatra, Capulet in Romeo & JuliLIT, and Moloch in Paradise Lost.  He has also been a member of That Improv Show at The Stage Door Theatre. He holds a degree in Music from the University of North Carolina at Pembroke. 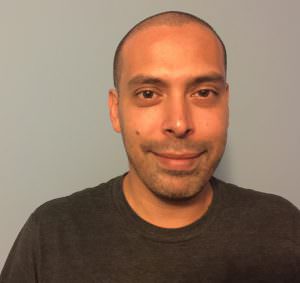 Attend the dark, witty and Tony Award-winning tale of love, murder and revenge. Sweeney Todd has become a bloody, worldwide success since being awarded eight Tonys (including Best Musical) for its Broadway premiere. Stephen Sondheim’s and Hugh Wheeler’s tasty, thrilling theatrical treat has simultaneously shocked, awed and delighted audiences across the world.

In this infamous tale, Sweeney Todd, an unjustly exiled barber, returns to London, seeking vengeance against the lecherous judge who framed him and ravaged his young wife. The road to revenge leads Todd to Mrs. Lovett, a resourceful proprietress of a failing pie shop, above which he opens a new barber practice. Mrs. Lovett’s luck sharply shifts when Todd’s thirst for blood inspires the integration of an ingredient into her meat pies that has the people of London lining up… and the carnage has only just begun!

Sweet Tea Shakespeare is serving up a rich and saucy production of this flavorful and “full-bodied” Broadway classic at Fayetteville Pie Company. Expect notes of peppery revenge, despair, and cat to linger on your palate as you savor the experience of this show.

Tickets are $45; the cost includes a meal and a soft drink; beer and wine will be available for purchase. Seating is strictly limited.

Tickets are now available for season ticket holders and Patreon pledgers; see website for details on purchasing season tickets or pledging on Patreon.

Tickets will be available to the general public in December.

Savory and sweet pie meals and beverages will be available 1 hour prior to curtain.

Sweeney Todd is presented through special arrangement with Music Theatre International. All authorized performance materials are also supplied by MTI.