Sweet Tea Shakespeare is excited to announce our 2019-2020 season, A Season of Spirits, in which we will present a tragicomedy of friendship and greed, a rollicking return to our LIT roots, a seasonal tradition with a new vision, a sprightly story of fairies, fickleness, and fancy, and a robust tale of love and war. Dates and locations are subject to change, including added dates.

One of Shakespeare’s lesser-performed plays, Timon is a breathtaking and heartbreaking story of foolishness, friendship, and loyalty. Timon, a lord of Athens, spends money wastefully on friends who quickly abandon him once financial ruin hits. Only the most loyal of his friends and confidants stick around, even as Timon descends into destitution and a life as a hermit. An exceptional exploration of love, grace, and persistence, Timon features Sweet Tea Shakespeare’s Green Tea youth company. Starts bright and carefree, with notes of friendship; finishes dark, with greed and its aftermath.

Imagine that the writer and director and actors of Hamlet know the story they want to tell, but get lost at a frat party on their way to the show. Full of Shakespeare, drinking games, improv, lively music, and heart, our Lit series returns to visit HamLIT, a smash(ed) hit from our 2016 season. Adults only. A bold and irreverent brew with notes of tragedy balanced by uproarious hilarity.

Our annual Christmas concert returns, this time with a splash of Honey. Featuring the familiar gospel music that’s always at the heart of our Behold, our 2019 offering includes a special focus on the Mary story and the women of Sweet Tea Shakespeare (but dudes are around, too). Behold’s reputation as a reflective, stirring, and heartfelt Christmastime celebration always holds true. A warm and comforting seasonal blend.

Shakespeare’s ultimate story of ambition, legacy, and evil, Macbeth tells the story of the would-be king of Scotland and his wife, who encounter witches, plot murders, and brew trouble on their way to the throne. Directed by actor, director, lyricist, and stage veteran KP Powell, this production marries the best of the hit Outlander series with Hamilton’s contemporary edge. School performances available for private, public, college, and home school audiences, complete with available workshops, study guides, and lesson plans for teachers. A bitter and powerful flavor redolent of ambition and betrayal.

1897 Poe House at The Museum of the Cape Fear

Shakespeare’s legendary comedy features lovers in trouble, mischievous fairies, and a troupe of well-meaning, but possibly incompetent actors. A huge hit with audiences, Sweet Tea’s production revisits the Victorian age, with production design inspired by Millais and a newly commissioned adaptation of Mendelssohn’s Midsummer suite — famous for wedding marches the world over — by Army musician and composer Owen Eddy. Part of the 2020 Shakespeare Comic Universe with Knight’s Tale. A light, summery spritz of love and mischief.

Inspired by Chaucer’s The Canterbury Tales, this story follows the tale of two knights captured by Theseus, Duke of Athens, and their love for an inspiring woman of the court, Emilia. Trouble stirs when the daughter of their jailer falls in love with one of them and sets in motion a series of events that rocks the life of everyone involved. Both celebratory and serious, Knight’s Tale is a beautiful, visually inspiring, and sensory play. Part of the 2020 Shakespeare Comic Universe with Midsummer, characters from both plays will be performed by the same actors, and the June run will include special double features with both plays, a picnic, and our famous Sweet Tea party in between. A spicy blend of love and war, with a complex finish.

Sweet Tea Shakespeare invites you to join us as we usher in the holiday season with Behold, our annual musical celebration of Christmas and the winter holiday season.

Behold—part Gospel, part Sweet Tea magic—is an evening of communion meant to warm your hearts and focus your minds on Advent and Christmas. Featuring Andrew Peterson’s folk cantata Behold the Lamb of God rounded out with songs both traditional and new, Behold tells Old and New Testament stories with simplicity and grace, examining the lines between belief and disbelief during this time of joy and reflection.

Pay What You Will

Outside food and drink are not permitted. 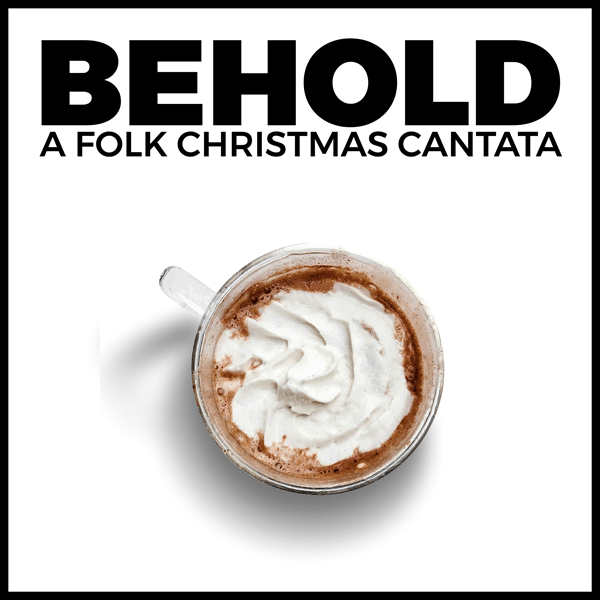 Our celebration of the winter season—part Gospel, part Sweet Tea magic—is an evening of communion meant to warm your hearts and focus your minds on Advent and Christmas. Featuring Andrew Peterson’s folk cantata Behold the Lamb of God rounded out with songs both traditional and new, Behold tells Old and New Testament stories with simplicity and grace, examining the lines between belief and disbelief during this time of joy and reflection.

Outside food and drink are not permitted.

The weather outside isn’t frightful, so there’s no need for a delightful fire. It’s not likely to be a white Christmas, and here in North Carolina, we’re more likely to be walking in unraked leaves than a winter wonderland. So how do we get in the Christmas mood? With music, of course. Behold is Sweet Tea Shakespeare’s musical celebration of the Christmas season, so even when it’s 65 degrees outside, rehearsals have been full of Christmas cheer. In this spirit, the performers of Behold have contributed songs to a holiday playlist for you to enjoy. We’ve also been preparing an entire slate of songs to share with you this Thursday, Friday, and Saturday at Holy Trinity Episcopal Church. Join us for Behold: A Folk Christmas Cantata, and in the meantime, hear what’s keeping us merry and bright this December.

Hello, everyone! My name is Catherine, and I am a relative “newbie” to the Sweet Tea stage. Behold, which opens tonight (yay!), will mark my second show with Sweet Tea Shakespeare, with my first being Romeo & JuliLIT in October. Both Behold and Romeo and JuliLIT have become cherished performance memories for me, and it’s with great pleasure that I share some thoughts from my experiences this season.

First, I’ll provide a little backstory. I come from a musical family in which violin is the instrument to play. Both my grandmother and mother have worked for years as professional violinists and instructors, so naturally, I was given classical violin lessons almost as early as I took my first steps! As I got older, my most radical act of teenage “rebellion” was to insist on taking voice lessons and applying for voice programs, instead of violin, at university music schools. (Honestly, this was one of the most rebellious things I ever did–in my own mind, anyway. In reality, my family was absolutely thrilled I was studying voice. My teenage years were obviously not that riveting.) Eventually, I earned a Master’s degree in Vocal Performance, and I began performing professionally as an operatic soprano and, from time to time, a violinist.

Opera has taken me to places I never imagined I’d see. Shortly before auditioning for Sweet Tea Shakespeare, I’d completed a performance season in Vienna, Austria, where I sang the role of Susanna in The Marriage of Figaro by Mozart. This was a dream role for me; Figaro is my favorite opera. When I moved back to to North Carolina and saw postings for auditions at STS, I saw an opportunity to pursue yet another dream of mine, one that is pretty different from my opera dreams: playing in a folk band.

As a classical musician, I’m accustomed to reading notes on a page and playing/singing exactly what the composer writes. Playing folk or pop music requires the ability to improvise, since the music isn’t always written in detail. My first rehearsals as a violinist for Romeo and JuliLIT involved quite a bit of experimenting, wrong improvised notes, and “Oops, sorry’s.” Jacob French, our brilliant music director, would ask me, “Hey, do you think you could add a little solo in this bridge section?” And I’d respond, “Uh… I can definitely try.”

I’m proud to say my improvisational skills have greatly improved since those first rehearsals. Now, when Jake asks me to fill in with a solo, my response is, “Of course!” Every rehearsal is teaching me confidence in playing in a genre that, prior to my experience with STS, felt a bit foreign to me. And I’m absolutely loving it.

A big underlying theme in studying classical music is finding beauty in every note, no matter the length, no matter the dynamic. Making music is always more meaningful when the performer can love each and every note.  There are things I’ve learned while playing with Sweet Tea that I’ll use in my classical repertoire from now on, too; namely, to play or sing each note, whether I wrote it or not, with an improvisatory energy, with the feeling that I might be making up each note on the spot, allowing the music to pour out from the heart.

I’m thankful for Sweet Tea Shakespeare for this opportunity to grow as a performer and as a person. Making music with an endlessly talented, vastly supportive group is my dream career. I’m so thankful to have found a place to create in such a brilliantly fulfilling way.

Sweet Tea Shakespeare is always evolving as we welcome new people and the talents they bring. Some people bring more than just their talent, though; one of our newest wrights, Gabe Terry, brought us Brian. And Brian brought us treats.

It all began when Gabe arrived at Romeo and JuliLIT rehearsal with a container full of snickerdoodle Rice Krispies treats. Gabe gave all the credit to his husband Brian, and Brian soon began an unrelenting effort to produce even more delicious cookies, bars, and cereal treats for the actors to enjoy during rehearsal. As we prepare Behold and Antony and Cleopatra for audiences, Brian continues to prepare his confections, and we are so grateful that he does.

Brian has kindly agreed to share the recipes for two of his greatest hits: Mexican hot chocolate cookies and the snickerdoodle Rice Krispies treats that started it all.

If you’re in the mood for something sweet, join us for music and, yes, delicious treats at Behold: A Folk Christmas Cantata on December 8 and 9 at Holy Trinity Episcopal Church.