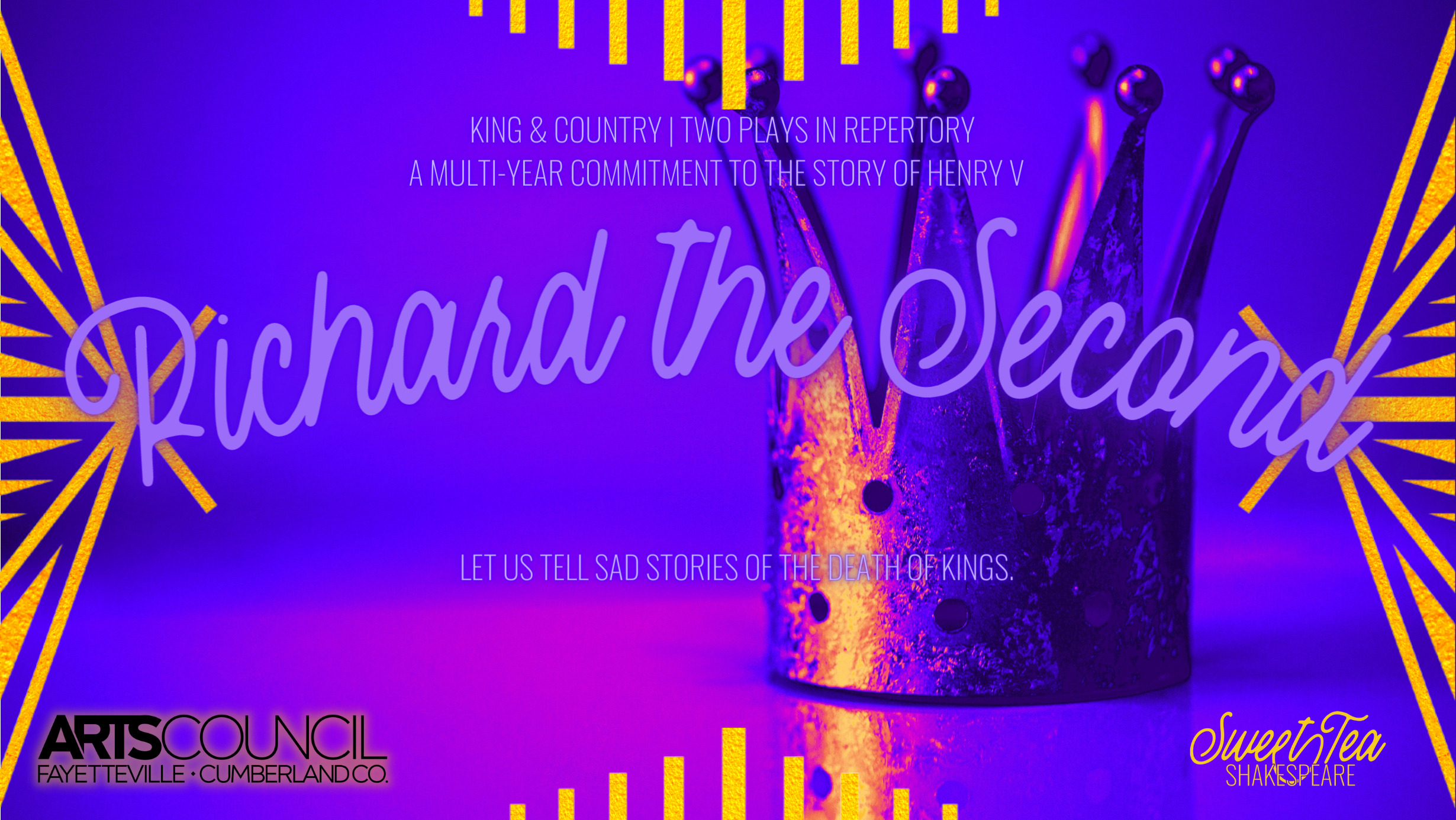 Part of the Henriad tetralogy, Richard II tells the story of a king's fall from grace and the ascent of his ambitious challenger, Henry Bolingbroke.

Richard II is a tragic figure who is undone by his own arrogance and lack of understanding. He is overthrown by Henry Bolingbroke, who later becomes Henry IV, and spends the rest of his life in exile. Richard’s fall from power provides a fascinating glimpse into the inner workings of English politics.

Crash Richard's party with us.

If you're seeing both shows in our Henriad repertory, we recommend seeing Richard II first as its events precede those of Henry IV.

Join us for Richard in Raleigh and online. Bring your friends from Durham to Durham Cathedral, from Apex to the Himalayas. Bring your knights from Knightdale. Spring forth from Holly Springs. Crest over Chapel Hill with your carload from Carrboro. All are welcome.

Sign up for RDU and digital/remote volunteer opportunities here.

all year long as a Sweet Tea Shakespeare member.

Memberships start at just $5 a month and support Sweet Tea artists and productions throughout the year.

Our production of Richard II runs in Raleigh in January 2022

The production will be available via ticketed streaming in late January 2022. Our streaming production is available year-round for all Sweet Tea Shakespeare members at no additional charge.

We typically perform in Leggett Theatre, on the second floor of the Main Academic Building at the heart of campus in downtown Raleigh.