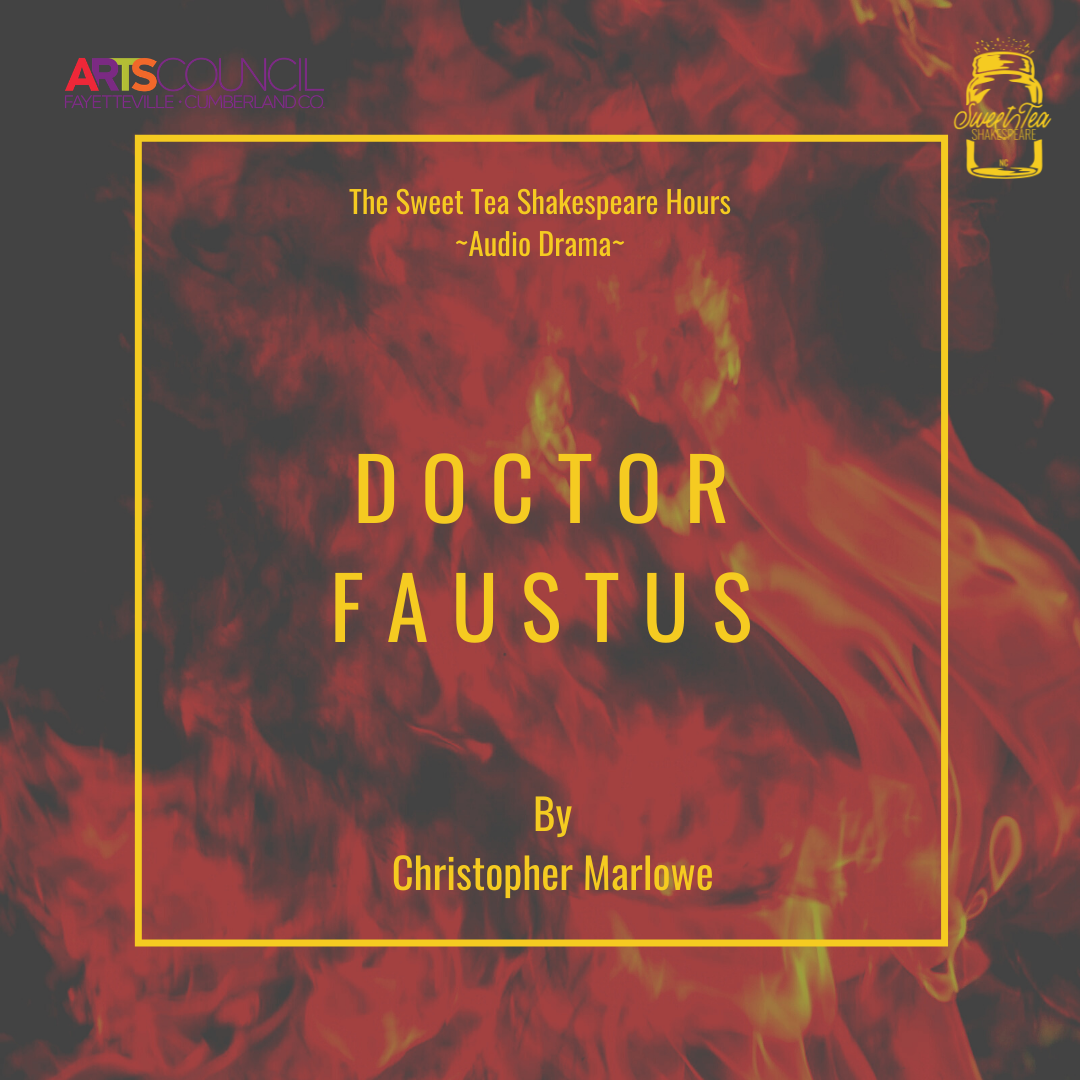 Listen in to Sweet Tea Shakespeare’s audio drama production of Christopher Marlowe’s Doctor Faustus, brought to you in two parts – you’re currently listening to PART ONE.

Set in Germany at the end of the 16th century, this radio play explores the life of a brilliant and ambitious scholar named Faustus as he embarks on a dangerous quest for knowledge. After selling his soul to the Devil in exchange twenty-four years of magical abilities, Faustus and his demon companion Mephistopheles will take a journey that will drag Faustus to the gates of Hell itself.