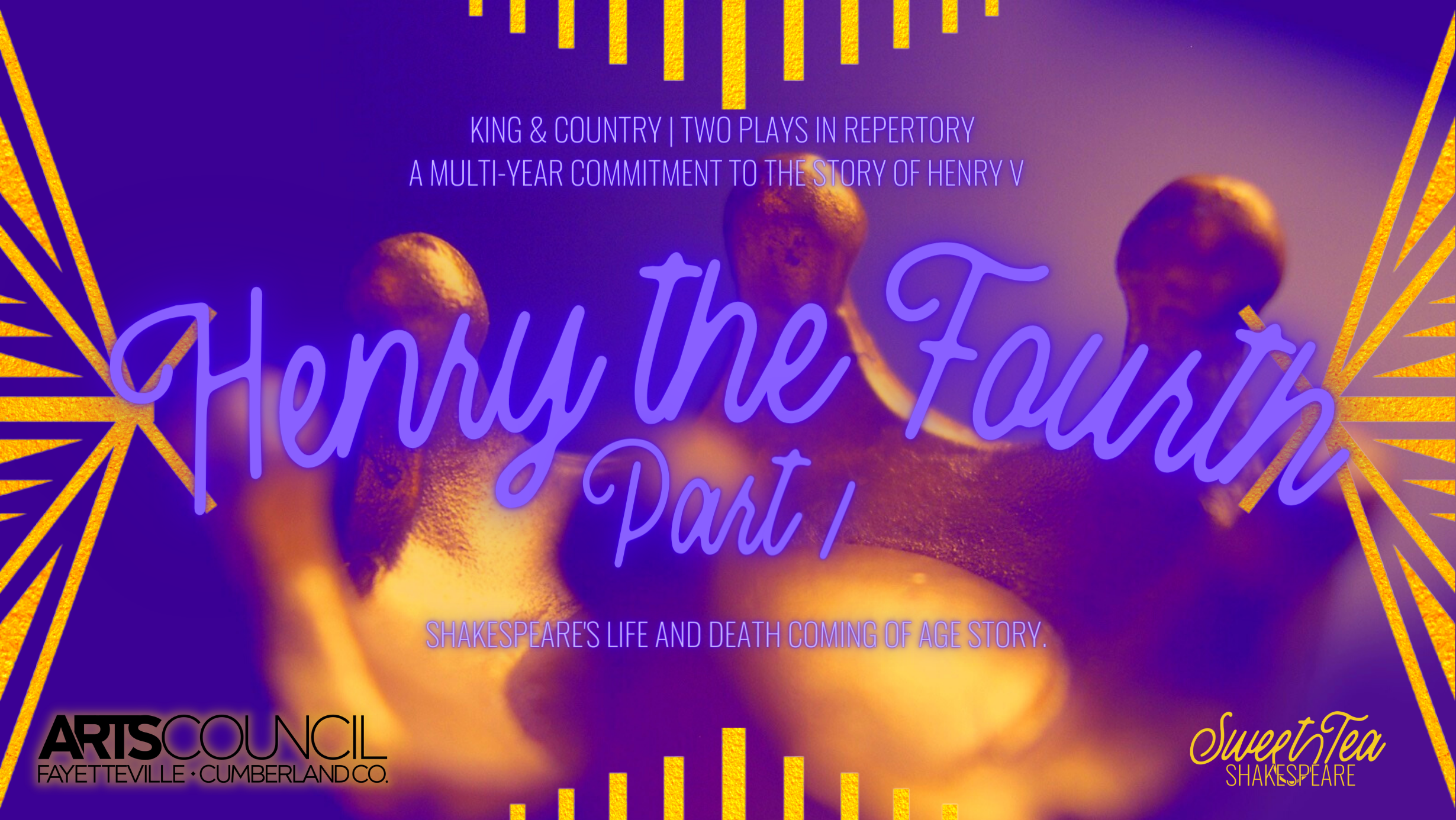 Shakespeare's monumental exploration about keeping power once you've taken it

The second installment of the Henriad tetralogy, Henry IV Part One tells the story of insurgent civil wars, prodigal sons, and foolhardy knights.

Henry is not yet secure on his throne, and must fight off rebellions led by Henry Percy (the Earl of Northumberland) and Owen Glendower.

Join Falstaff's party with us.

If you're seeing both productions in our Henriad repertory, we recommend seeing Richard II *first* as its events precede those of Henry IV.

Join us for Henry, Hal, Hotspur, Glendower, Kate, Bardolph, and more hallmark Shakespearean characters in Raleigh and online. Bring your friends from Durham to Durham Cathedral, from Apex to the Himalayas. Bring your knights from Knightdale. Spring forth from Holly Springs. Crest over Chapel Hill with your carload from Carrboro. All are welcome.

Sign up for RDU and digital/remote volunteer opportunities here.

all year long as a Sweet Tea Shakespeare member.

Memberships start at just $5 a month and support Sweet Tea artists and productions throughout the year.

The production will be available via ticketed streaming in late January 2022. Our streaming production is available year-round for all Sweet Tea Shakespeare members at no additional charge.

We typically perform in Leggett Theatre, on the second floor of the Main Academic Building at the heart of campus in downtown Raleigh.