A theatre company’s journey takes an unexpected turn as they attempt to perform their play, THE LONDON MERCHANT. Moments after the show begins, a couple in the audience interjects as they rewrite the story to star their own son, Rafe. As the play continues, this meta-theatrical wonderment evolves into a spin on The Knight’s Tale and Love Triangle with a plot driven by adventure. 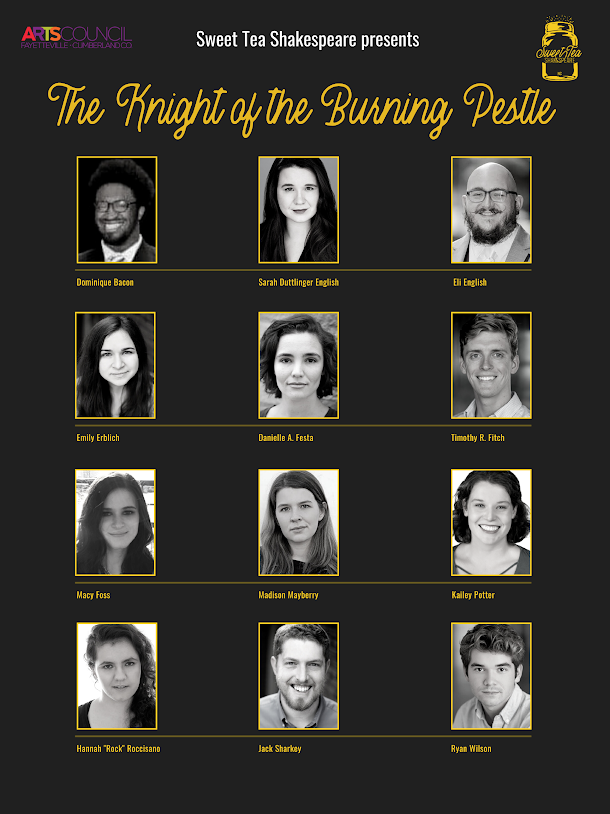 Welcome to our Zoom production of The Rover, by Aphra Behn. Sweet Tea presented The Rover via zoom in November of 2020. This laid back recording was a workshop exploration by the cast and crew as part of the process of adapting this work as an audio drama for inclusion in The Hours podcast.

Welcome to our Zoom production of The Spanish Tragedy, by Thomas Kyd. Considered one of the first Early Modern revenge tragedies and an inspiration for Shakespeare’s Hamlet,  The Spanish Tragedy was live-streamed in October of 2020. Enjoy this bloody spectacle that is by turns both an action-packed thriller and a heart-rending tragedy.

Where are my fellow introverts?

Earlier this week, I was discussing with Assistant Artistic Director Claire Martin some of the ingenuity that has been birthed from necessity this year. As we discussed the recent live stream performance of The Rover she directed as part of the Digital Restoration Series. As artists, we have had to learn how to keep the integral parts of a Sweet Tea Shakespeare performance, such as audience interaction and intimate scenes over Zoom. As we talked, I was amazed to see that it was in fact possible to still integrate these elements, opening doors to new opportunities, such as working with artists from all over the globe.

One of my favorite opportunities, as an introvert, is the ability to watch theatre from the comfort of my living room, something nearly unimaginable back in March. Shakespeare in pajamas? Count me in! Next on the docket is our filmed live action production of Shakespeare’s Knight’s Tale, otherwise known as Two Noble Kinsmen. Inspired by Chaucer’s The Canterbury Tales, this story follows the tale of two knights captured by Theseus, Duke of Athens, and their love for an inspiring woman of the court, Emilia. Trouble stirs when the daughter of their jailer falls in love with one of them and sets in motion a series of events that rocks the life of everyone involved. Both celebratory and serious, Knight’s Tale is a beautiful, visually inspiring, and sensory play. I had the privilege to work on this production, so I hope many will take the opportunity to watch. It really could not be any simpler. Buy your tickets, grab your snacks, put on your cozy pants, and curl up in front of the tv for a Sweet Tea Shakespeare experience in your living room. Stir up your tickets here.

Welcome to our Zoom production of Barnabe Barnes’ bloody take on the Borgias, The Devil’s Charter, streamed live in October 2020 during the height of the COVID-19 pandemic. Featuring a skilled cast and production team, this production was a part of the 2020 Bardtoberfest.

Welcome to our Zoom production of John Lyly’s delightful and strange Gallathea, streamed live in August 2020 during the height of the COVID-19 pandemic. Featuring a lovely cast and production team, this production was our first foray into digital production.