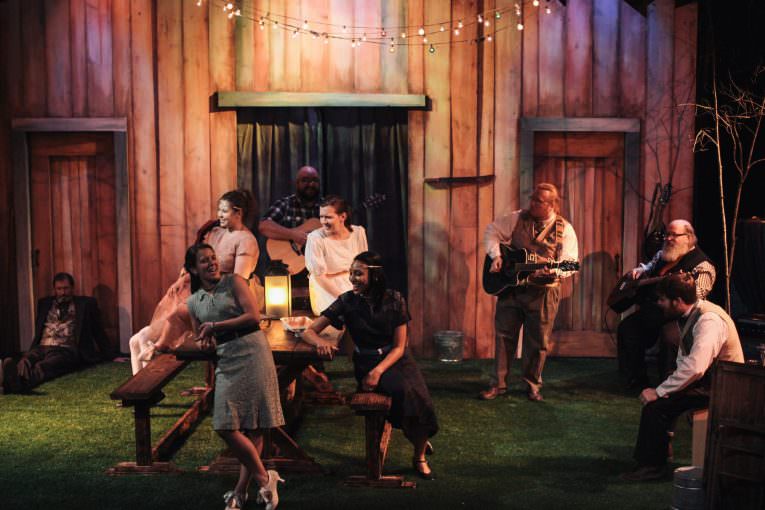 Can Acting Make You Smarter?

Acting in the Shakespeare Bootcamp

Sweet Tea Shakespeare’s Green Tea and Little Green Tea participants are halfway through their Shakespeare Bootcamp, in preparation for their production of John Fletcher and Philip Massinger’s The Sea Voyage . During this Bootcamp, the youth are learning about Shakespeare, his contemporaries, and the history around The Sea Voyage. They are also exploring acting techniques, such as play analysis, character analysis, and improvisation, among many other topics. And while this may surprise many, we also talked about grammar! When the students started their Bootcamp this past Tuesday with a basic overview of the play, suffice it to say they were a little confused about what was going on. On the second day, they examined the first scene through the lens of play analysis.

By slowly picking through all the details, their knowledge and understanding of the world of the play increased. On the third day, we did an overview of basic grammar rules. By paying close attention to the grammar used in the scene, the students learned more about what their characters were feeling, and how the lines were meant to be delivered.

At the end of this grammar lesson, the kids performed the first scene. It was amazing to see the character choices coming through, as they could make informed decisions on how to perform their role based on what they had learned through scene analysis and grammar study. In our end-of-class debrief, the students acknowledged how much better they understood what they read now than they had on the first day of Bootcamp.

The tools they developed in just those few days are crucial reading comprehension skills and ones that most of us if we are being honest, could stand to work on! But this learning process is not exclusive to the youth involved in our Green Tea programs. We frequently start the acting rehearsal process for our adult productions in a similar method, taking time to work through the text, to ensure all those involved in the play understand what is happening and why. Because when the actors and production team understand the text, it makes the text that much more accessible to the audience. So if you want a chance to work on your grammar or reading comprehension, come and join us. We’d love to learn acting alongside you, and from you!